The Rose that Grew from Concrete explores such universal tensions as the relationship between a writer and his society and the idea of life as a spectacle. Presented by collective Black Chalk & Co., the maps images of Dambudzo Marechera’s personal geography: footage of him, and other commemorative media. This is a collaboration between a writer and a graphic designer, which results in a meditative show.

Marechera, one of Zimbabwe’s best known writers, was homeless in his home country and a myth developed around his unconventional lifestyle and eccentric behavior. Brushes with government authorities confirmed his role as the persecuted rebel. But institutions and publishers largely ignored him and he never felt recognised as a writer. He was a familiar sight in the streets, in the hotel bars and shebeens. The writer tramp, sleeping in doorways and typing his poems on a park bench assumed mythical proportions.

The show explodes an iconic photograph of Marechera in a park in Harare wearing a rose patterned jacket, presenting a room covered with rose patterned wall paper on every available surface. Marechera’s dressing led people to question his sexuality, style, unconventionality, and through this show Black Chalk & Co hope to question Zimbabwe’s conservatism, the politics of homosexuality, and the nature of celebrity in Zimbabwe. 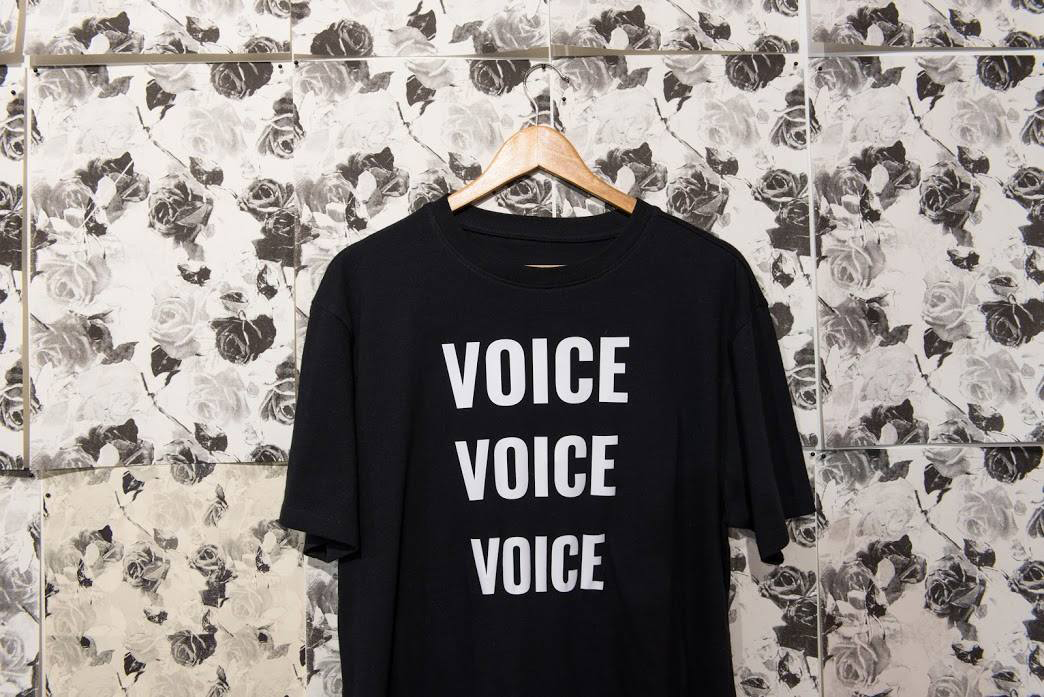 Founded in 2015, Black Chalk & Co. is a creative agency bringing together writers, artists, designers, academics, and technologists with a mutual interest in publishing, curating conversations and exhibitions, and facilitating teaching residencies. What animates all these activities is the effort to engender a new culture and new forms of publishing and creative production. Our work has led to a run of synchronised events, screenings, and public talks. The founding partners, Tinashe Mushakavanhu and Nontsikelelo Mutiti, operate between Harare and Richmond, Va.